Before we get in to what’s the best greyhound trap to lay, let’s just give a simple explanation of what a ‘lay’ bet is.

Laying a selection is essentially the same as backing it to lose. So if you bet $10 on a horse race at odds of $1.80 and the horse loses, your profit will be $20. The drawback though is the risk that you take when laying selections.

Greyhound racing is one of the world’s oldest and most popular forms of competitive sports. It’s a great way to spend time with family and friends, as well as make money from betting on the races. But it can be very difficult to win if you don’t know how to lay the best greyhound trap.

In this article, we’ll take a closer look at some of the most effective traps for greyhound racing and discuss why each one can be so successful.

With the formation of the internet, this has lead to the development of the betting exchanges, where it’s now possible to either trade as a traditional ‘back’ bet or to bet against a result by laying the selection.

As with pretty much any event that punters can gamble on, there are always going to be people who are willing to back just about anything. This is no different for greyhound races either.

In greyhound racing the betting market is often very tight, which means it’s rare for there to be a large spread of odds between the 6 (or 8) racing traps.

As you no doubt have heard me say before, in any sports event where animals and humans play significant roles – which is every sport except the virtual sports on the online bookmakers, there’s always an unknown element which, even with the best trading models on earth, you cannot allow for human or animal error.

So how can we determine what’s the best greyhound trap to lay?

Well, I wouldn’t recommend simply laying every greyhound in the same race. As you know, if you are using the two trap greyhound system already or following results as you paper trade, quite often non-favourites will win a race, and this can be with some quite long odds, even over and above 12.0, that means you could lose all your bank on your first trade as you have to cover the liability of 11 times the stake!

That’s not to say that greyhounds don’t make for some good laying opportunities. You just have to have a system that gives you the edge.

So, how about using THE TWO TRAP GREYHOUND SYSTEM?

‘Come again’ I hear some of you say, ‘how can the two trap greyhound system support a lay system for greyhound racing?’

Now, for some of you who have been with the THE TWO TRAP GREYHOUND SYSTEM family for some time will have probably figured it out. But bear with me for now.

So THE TWO TRAP GREYHOUND SYSTEM is based on the law of probability and a controlled recovery system, that when followed exactly as detailed in the two trap greyhound system ebook, can help to identify which two traps have the HIGHEST probability of winning at the racetrack under review.

When you have done so, this will give you the traps with the highest probability of NOT winning the race, even when the greyhound in the race has been selected as a favourite.

You will need to do your own recovery system in order to protect yourself from potential losses.

That’s great right? Well almost, but what if you could go down a little deeper with your analysis?

Let’s say the two trap greyhound system in reverse, as it were, had identified Trap 4 as the most probable trap to lose at, say, Hove. Now your general analysis indicates that Trap 4 loses about 42% of all races over a 3 year period. 42% is still a big risk right?

So what more can we do to find the best greyhound trap to lay? How about we look at the time range? So let’s say we identify that for every dog that was drawn from Trap 4, that was running before 14.00hrs, there was a very high number of losers. This is actually true for some Traps at certain racecards.

In fact, if you can identify the right Trap and time window, it’s possible to identify Traps with very low winners, some detailing as low as 4% of winners.

Think of that for a minute, 4% – that means that 96% of all greyhounds selected in the above example that were running before 14.00hrs lost their race! 96% !!

A word of caution here, don’t just go off and run the ‘lay’ system – or any system for that matter until you have paper traded for some time. I haven’t tried this myself (yet) but is that possible the answer to how to identify the best greyhound trap to lay?

This is a proven system guaranteed to give you consistent wins in each race. With this system, you can stop betting and start trading right away! Go here to learn the profitable greyhound system to use. 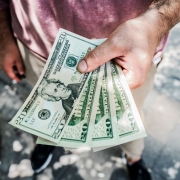 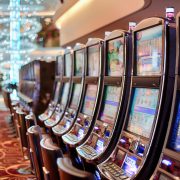 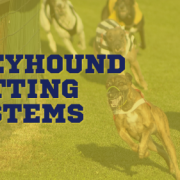 Tips for Succeeding in a Greyhound Betting System 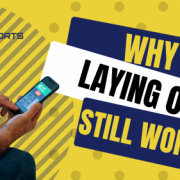 Can You Beat The Bookies If You Take A Professional Gambler Greyhound Racing? 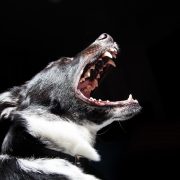 Is Greyhound Racing Really Dying Out in Florida? 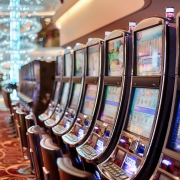