Blog - Latest News
You are here: Home1 / Article Tips2 / Betting Against The Favourites | and update on the membership site 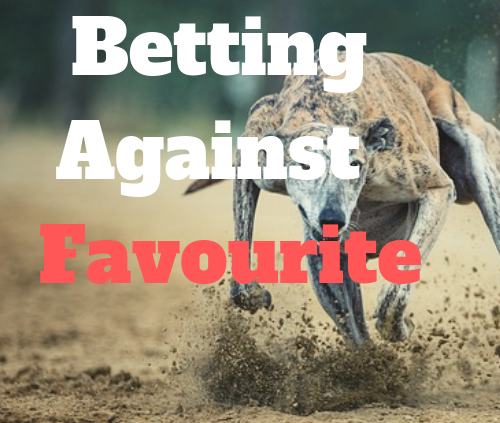 Hi, well, sorry for all of the two trap greyhound members who are desperate to get back onto the membership site. As you know, we’ve had some technical problems. We’ve had some quite major technical problems to be honest, and we’ve had issues with the payment method. So what we’ve decided to do is basically Go Back to Basics and we’re rebuilding the whole of the site and we’re looking for engaging with a new payment processing method.

So let me just give you a couple of their comments. So one of the questions that we ask is what’s your biggest hurdle when your sports trading so recently one of the guys said it’s “betting against the favorite”.

Well as you know, with the two trap greyhound system. We don’t really take any notice of whether or not the greyhounds that  are running are favorites or not because we’re not really worried about what Greyhounds are in which traps, the system works entirely on the probability of the traps winning. So, You are almost invariably going to be betting against the favorites.

Another question or another comment that we had in regards to that question. What’s your biggest hurdle? Was the the comment around the fact that they didn’t feel that they had enough time to trade as well as keep doing a day job. I have to admit I don’t get the opportunity to do it as much as I used to because I’m quite busy with other things, but when I get the opportunity to spend an hour or so.

Then I will take that time and I’ll sit in front of my computer go and have a look at which of the relevant racetracks offer the best probabilities for a two trap ground system win, and I’ll go and trade for half an hour or so because generally that’s as long as it takes.

So I’m going to close on one last response to the question.

What’s your biggest hurdle when Sports trading? And that response was they were looking for Reliable tips. Now what I can say about that is there’s no 100% [00:03:00] certainty. No 100% guarantee tipping service anywhere.

There’s no 100% certainty that a sports trading strategy is going to win every time even the two trap greyhound system doesn’t mean every time we do have days where we experience a loss as you know, that that’s part and parcel of the whole strategy. In fact, we insist that you hold a stop loss both in terms of your betting bank and also in the number of races that you want to run so that you don’t wipe out, or potentially have the risk of wiping out the entire of your betting Bank despite that some people seem destined to still make that same mistake.

But having said that these days are few and far between and generally speaking. There are certain certainty. There are certain winners every day within the two trap greyhound system across the world particularly in the UK the US and Australia, so, It’s in regards to getting tips.

I don’t think the two trap greyhound system is can be bettered in terms of providing consistent High returns in term, in terms of the percentage of winning tips. Most winning tip services will tell you that they’ll go for 55, 60 percent strike rate. Well, I’ve done research through the two trap greyhound system and I’ve been running the system for myself for a number of years now.

The last three years. I’ve been running it as a part of the two trap greyhound system ebook since I first published the first edition, I would say we’re up in the 80s. If not up to 90, 90 percent strike rate depending on which way you cut the results.

So in terms of a tipping service, I think the two trap greyhound system is probably the best tipping service for Greyhounds that’s available out there today.

So I hope you found this [00:05:00] interesting. If you want to get in touch with me, then leave a message on the Facebook group, and I’ll get back to you. We’re still working on the page on the website. I’m hoping it’ll be back up and running in the very near future. So till then keep on Sports trading and Happy Trading.