Do you think that sports trading is the same thing as betting? They may be the same in principle, but there’s one big difference separating them from each other. Here’s how it goes.

In typical betting, the win percentage tends to be so low that over time, you often lose more money than you win. As you bet more and more, trying your hardest to win, you lose more and more money in return. But having put so much money on your bets, you struggle to stop. You want to get back what you lost so badly that you just keep on going. In turn, you keep on losing more money.

That’s what’s known in psychology as the Sunk Cost Fallacy. Instead of quitting, which is the rational choice in light of your recent losses, you just keep on going because you have “invested” so much money already. It fools you into thinking a win is near just because you’ve lost so much. The thing is, that’s not how probability works. The worst part is that your wallet suffers. 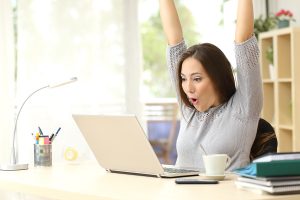 But with sports trading, that would is less of a problem. Sports trading employs analysis of statistics and probability to ensure consistent wins. Factors like greyhound age, their trainers, win/loss ratios, previous game performance, and many others are carefully considered. With these in mind, you can make a more informed decision in each greyhound race. Thanks to these techniques, you would no longer need to chase losses each time on the tracks.

Sports Greyhound Betting: Is Sports Trading the Same as Betting?
Scroll to top
Processing...
This website uses “cookies" to give you the best, relevant experience. Find out more.