Blog - Latest News
You are here: Home1 / Article Tips2 / How To Win At Betting? What is Over/Under 2.5 Betting?

How To Win At Betting? What is Over/Under 2.5 Betting? With any two-sided sport like football, any number of goals can be scored by either team. In football, it’s commonplace to see matches with only one, two, or three goals scored. In fact, teams are already quite happy by scoring just one goal and winning. But in some cases, teams score more than one goal as well, making the games more exciting.

On average, though, overall statistics for football matches shows an average of 2.4 to 2.6 goals per game. Thus, most matches end with either over 2.5 goals or under 2.5 goals. That’s where the “over/under 2.5” strategy comes from. This is one common strategy of how to bet on sports.

The probabilities for over 2.5 and under 2.5 are almost equal. Let’s look at this season of the Premier League – 48% of games ended up with two or fewer goals, while 52% ended up with at least three goals.

Backing Over 2.5 in a game with at least a high-scoring team is an exciting prospect. Let’s say that team scored two goals before halftime. Great news, right? If the high-scoring team keeps it up until the end, you win your bet.

But what if the team does not go on to score another goal? Well, there’s still the opposing team. If they score at least one goal, the game still ended 2-1, which is 3 goals, so you still would go on to win your bet.

If no more goals are scored afterwards, then you’d think it’s bad news. You backed Over 2.5, but the score is only 2-0. Is it all a loss? Betting experts would tell you to go for in-play betting options to guarantee wins. 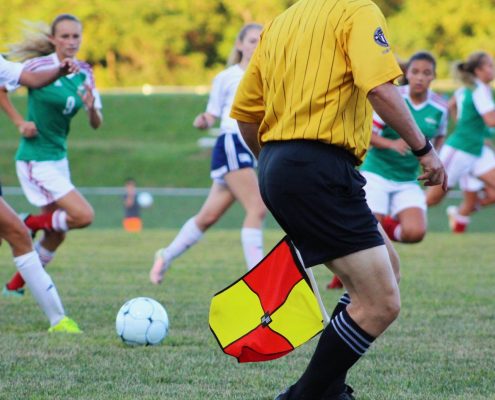 Let’s look at that same scenario. You bet Over 2.5 on a game, and two goals are scored in the first half. You can either leave the bet as it is, hoping for at least one more goal in the second half, and collect your win later on. Or, you could lay the bet (while the game is in play) to guarantee a profit.

The same principle applies when you bet on Under 2.5. If, say, the game goes to half time with the score still at 0-0, you can lay that bet to guarantee a profit.

If you need a hand, get your hands on the Two Trap Greyhound System. This is a proven system guaranteed to give you consistent wins in each race. With this system, you can stop betting and start trading right away!

How Can the Two Trap Greyhound System Give You Consistent Wins
Scroll to top
Processing...
This website uses “cookies" to give you the best, relevant experience. Find out more.