As near as any football system can work, that’s not a variation on MBT-SPORTS MEMBERSHIP that is.

Within the members area of the MBT-SPORTS MEMBERSHIP, you will find a system that compliments the greyhound strategy of the two-trap greyhound system.

But I’m not sharing that here. No, instead, here’s a proven football betting system that works. It won’t make you rich overnight, but it is a system that wins consistently at around 80% of the bets placed. That means it’s possible to trade up and have in place a recovery plan in the event your chances fail.

Here’s some reasons why it’s a good system:-

As I already said, this particular scenario occurs 80% of the time in football matches

It doesn’t matter which team scores

It doesn’t rely on both teams scoring

Low odds but regular returns, let you build your bank

Let me explain a bit more though. As you do have to do some work to select the winning matches.

Take last Saturday for example; ignoring the cup matches (which you really should do – as they are prone to break the system):-

There are many more examples of where this has happened by the league. But that doesn’t mean you just simply ‘lump on’ every match and hope you make a profit. Oh no, there is some strategy behind this.

So what do you do?

So what do you do:

We review the 10 matches for the league we are researching

Go to the over 1.5 goals market and identify the matches with odds over 1.25

Place a bet on each match that qualifies 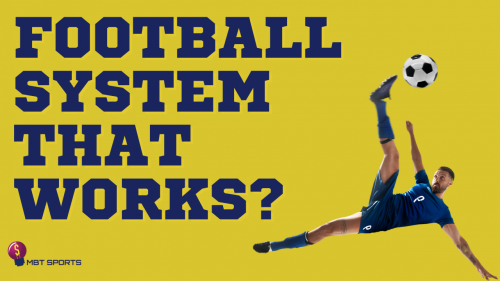 As I said before, this isn’t going to make you rich overnight, but as you go through the system and you increase your profit, you can increase your stake, so over time you can start to make significant paydays from this system.

Until next time… Thanks!

Commit To Success – We Are Part Of Your Team,

Can You Beat The Bookies If You Take A Professional Gambler Greyhound Racin...